AS APC Working to return South-East to ‘mainstream politics’ – Oyegun 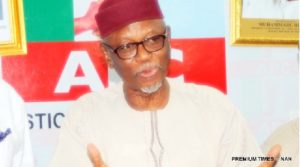 The national chairman of the All Progressives Congress (APC), John Oyegun, says a major focus of the party is to return the South-East to mainstream of national politics.

The chairman described the entrance of Mr. Chime into APC as the height of that bid.

The News Agency of Nigeria (NAN) reports that Mr. Chime, who was governor of the state for eight years under the Peoples Democratic Party (PDP), officially registered with the APC at the rally.

Mr. Oyegun described the former governor as a great and valuable acquisition.

He said the South-East was special to the party but regretted that the people had for long been prevented from identifying with the APC.

He said Nigerians knew the people of the area as the most intelligent, enterprising as well as the greatest nation builders.

“The time has come for you to reap from the fruits of your labour.

“From the time we won the election in 2015 our greatest target has been to ensure that the South-East returns to national politics and the arrival of Chime is the climax.

“I have for a long time admired him though we were in different political parties. He is a man of vision who changed Enugu and it is something to celebrate to have him in our party,” he said.

Mr. Oyegun said the entrance of the former governor into the party would open up a new vista for the zone, adding that the time has come for the people of the area to reap from their contributions.

“With Chime on board great things are going to start happening to your people because he is an acquisition of calibre,” he said.

Mr. Oyegun said it was good that Mr. Chime had decided to join hands in repairing the ills the PDP inflicted on the nation over the years.

He said every section of the country was important to actualise this task, adding “I grew up to know Nigeria to be balanced on the tripod”.

Mr. Chime said he was humbled by the crowd that gathered to welcome him into the APC.

“I thank God I have finally left that wreckage that was once upon a time a great party. Go home and tell our people that what used to be our party is gone.

“There seems to be no other option as the only place to be if you want to be politically active is the APC,” Mr. Chime said.

Mr. Chime appealed to residents of the state to identify with the APC to attract good governance as that was the only functional party in the country.

He said he did not join the party because of any position but to give the people federal presence and make sure they get what rightfully belong to them.

NAN reports that other dignitaries that attended the event included Gov. Aminu Tambuwal of Sokoto State, a former minister,Emeka Wogu, and other members of the APC national working committee. (NAN) 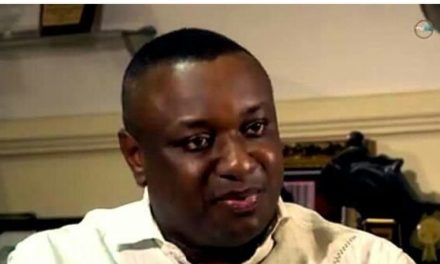 Senate In Rowdy Session As Obanikoro Is Cleared As Minister 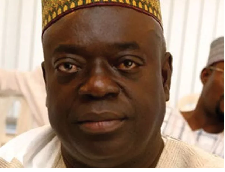 I broke no law handing over to Assembly Speaker – Gov. Aliyu